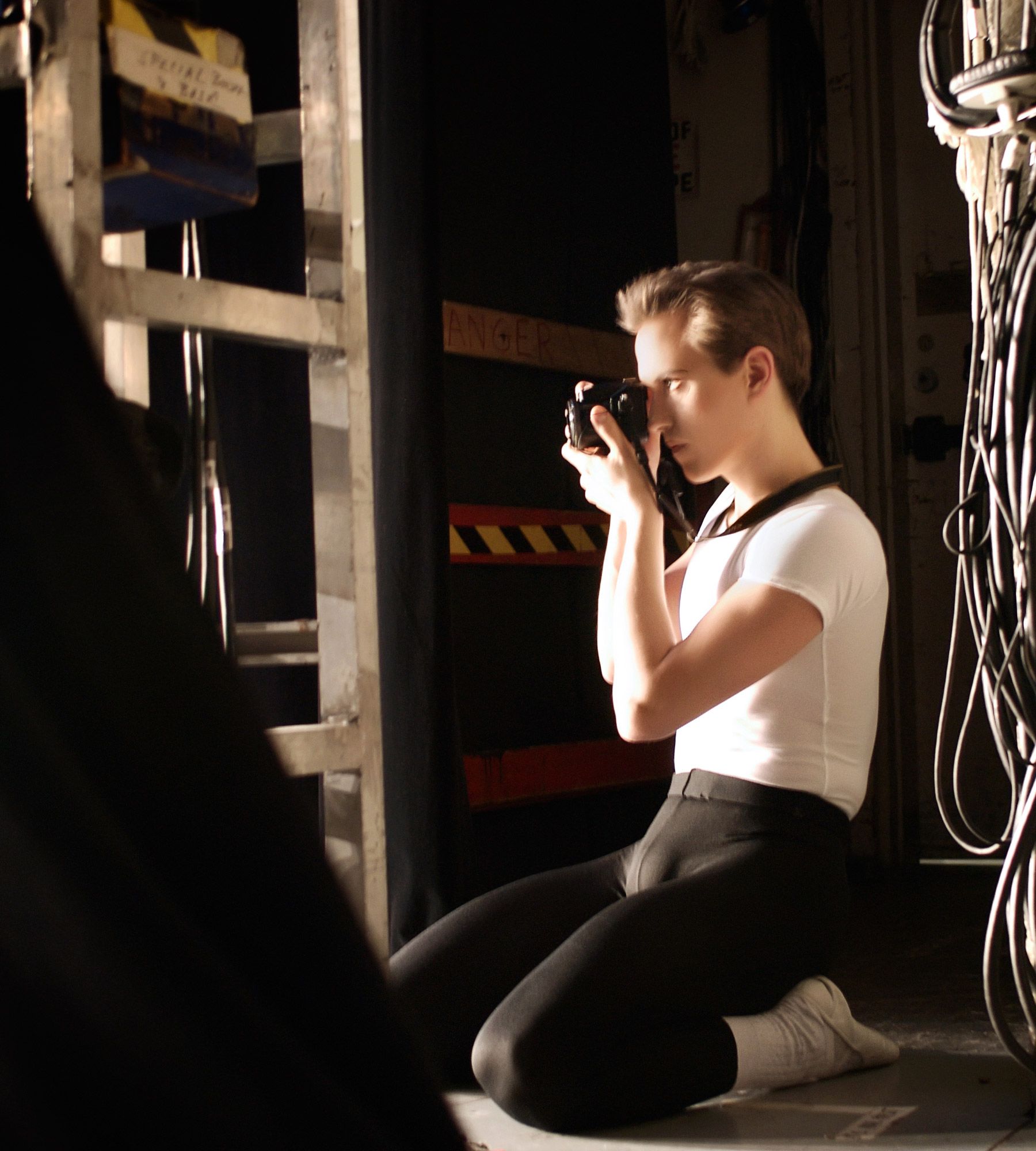 Kyle Froman has made the extraordinary transformation from dancer for America’s premier ballet company to one of the country’s best-known dance photographers.

He was a member of the New York City Ballet for thirteen years. After coming to New York to study at the School of American Ballet, the NYCB’s official training ground, he was awarded the first Rudolph Nureyev Scholarship in 1994 to study at the school year-round. Six months later, he was chosen as an apprentice for the New York City Ballet, and a year later signed his contract as a corps dancer for the company.

In the course of his years with the company, Froman began to photograph the inner workings of NYCB, from the daily rituals of morning class to the agonies of injured dancers being treated in the company’s physical therapy room. His work was recognized by John Wiley and Sons, which in 2007 published a book of his work. In the Wings: Behind the Scenes at the New York City Ballet, established him as a major photographer in the ballet world.

Froman has been profiled by both Vanity Fair and Elle. He has been frequently published in New York Magazine, The New York Times, Time Out/ New York and Playbill. He conceived and shot a photo book for the NYCB entitled “...the true foundation,” that Vanity Fair published in its entirety on its website. He’s also a regular contributor to Dance Magazine, Pointe Magazine and Dance Teacher Magazine.

In 2010, Froman was named company photographer for the Miami City Ballet, where he shot for two years. He has been flown twice to Copenhagen, Denmark to photograph and produce 50-page programs for the Royal Danish Ballet. He's photographed for American Ballet Theatre, the ABT Studio Company, the Alvin Ailey Extension Program, the Ailey School and Ailey II, the American Musical and Dramatic Academy, and three consecutive years for the dance company Morphoses, producing posters that lined the corridors of the New York City subway system.

Froman is also an established Broadway photographer. He's photographed the marketing campaigns for Broadway's The Phantom of the Opera, After Midnight, Les Miserables, Billy Elliot: The Musical, Memphis, Mary Poppins, Diner, Flashdance: The Musical and Lincoln Center's Preludes, How to Transcend a Happy Marriage and The Headlands.